Joan Josep Tharrats i Vidal was born in Gerona in 1918, but at the age of 14 he moved to Basiers. There he will begin his literary training, which will continue on his return to Barcelona in 1935, the year in which he enters the school of Massana. In 1938 he presented his first "petit libre" that contains poems and drawings. However, the Spanish Civil War will truncate his training and dedication to artistic and literary development. Enlisted in the army, he will visit different points of Spanish territory, arriving to the Prado Museum in Madrid. In 1942 he resumed his artistic activity, while he met his wife and the mother of his first child, Eduard, born in 1944. From 1947 onwards he became involved with important intellectuals, including Brossa. His concern for painting - first Impressionist, then abstract, admiring the work of Kandinsky - will lead him to meet Tàpies i a Cuishat and Foix. With one of them he will found the group Dau al Set, with which he participates in exhibitions and in the magazine that they create. Later he meets Dalí in an article that he writes about the artistic avant-garde and the surrealist movement. Dalí, in Cadaqués, will approach him to Duchamp, for which he will later make an homage exhibition in 1973. After 1954, having established a friendship with Tàpies, Dalí and Picasso, his works already cross borders reaching New York, Venice, Rome, and other important cities of the international artistic scene. In 1967 he toured the United States, and began a tour of Europe that takes him through countries such as Germany, Czechoslovakia, Yugoslavia and Italy. His career, by then, is already consecrated, beginning in 1968 a tour of the Asian continent. In the 70's he will dedicate the development of his artistic production to the graphic work, interest that he will share with his friend Antoni Tàpies. In the following decade his name will be put to a street in Pineda del Mar. In 1991 the foundation that will bear his name will be inaugurated. In 1994 he entered as Acadèmic Electe in the Reial Acadèmia Catalana de Belles Arts of Sant Jordi. In the year 2000 he lives a traumatic experience when his son Eduard dies. The following year, he will die on July 4. 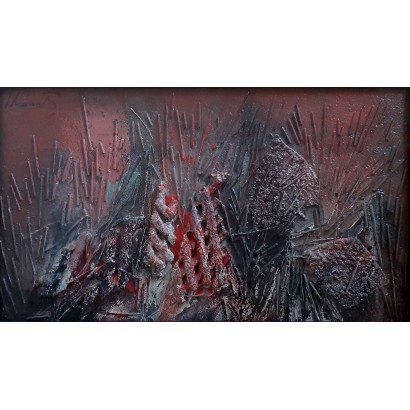 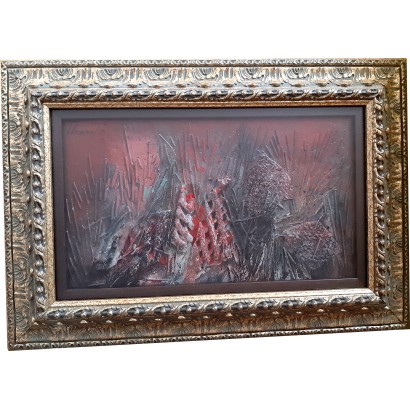